I don't know if any of you do this, too, but I like to write about things that have changed me just as the magic starts to wear off, just as the memories start to fade... that way I'm able to write about it and rekindle those feelings, those emotions, that sense of expansiveness and holistic healing.

Earlier this month, only two weeks ago, I was in Sedona. I can't believe it was only two weeks ago. It feels like it was years and yet just yesterday. I think I left a part of my soul there, although my heartsong was reinforced and has left me with a sense of peace and wisdom. I put a lot of trust in this trip, as I wished it to be a journey of healing and release.

Okay, I know it sounds romantic, but being in that environment, amongst the Red Rocks which grew to be friends and mentors, I experienced another shift in my Self. I'm not sure who has been to Sedona, but I highly recommend it. Some go for the hiking, some go for the tourist attractions, some go for the shopping... I went there because I have felt drawn to that area for years. This was my first experience, and I wasn't prepared for what I learned.

My first day, I arrived early in Sedona. I wasn't to check into my AirBnB until about 4, however I had made a couple of appointments. My first appointment was with a BodyTalk practitioner named Caleb. I'd heard of BodyTalk, however had never experienced it for myself. Imagine psychotherapy mixed in with Healing Touch or other energy-movement modalities. I went in to my appointment not expecting anything, but hoping for emotional enlightenment. I had some preconceptions about what I was going to talk about, such as stressors over the past several years, however after a couple of hours, I had tears pouring out of my eyes as we pressed into issues that I never had considered. I left feeling cleansed, emotionally, and looked forward to booking another session.

Afterwards, I had scheduled a Spa day at Sedona New Day Spa, including a Turquoise Sage Mountain Arnica treatment. I was able to relax in their hot tub for awhile, and then rested in the sun until the therapist came to usher me in. Her name escapes me at the moment; it begins with an M... and she was highly intuitive as to what my physical body needed. After 90 minutes of pure bliss, I floated back to my car, feeling completely relaxed. As I had time to spare, I played in the Crystal Magic shop down the road and picked up some groceries at the Whole Foods before beginning the short drive to the AirBnB. My goal was to eat lightly and vegan, as I wished to purify my physical body during this journey.

My AirBnB was a true retreat, very simple, with a bedroom, living room, kitchen, and bathroom. The homeowner had a pond in her backyard which was filled with trees and bamboo. It was just beautiful, and I slept very well that night after meeting the homeowner and taking a short walk around the area.

The second morning I explored Sedona, stopping first at the Amitabha Stupa. I circumambulated the Stupa, praying and chanting to myself, asking for peace and guidance for not only myself, but my fellow human beings. Following that, I sat at the feet of this gentle giant on the hill, and felt my remaining emotional stressors burgeoning to the surface. I was glad it was early, as my tears fell freely, and there weren't many people to witness this release. 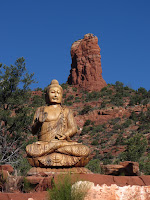 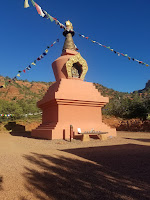 Afterwards, I spent a few hours hiking Thunder Mountain Trail... the views and rock formations were breathtaking. Later that day, I went up to Airport Mesa and hiked there, too. I think I had almost 17,000 steps on the ol' Fitbit that day! 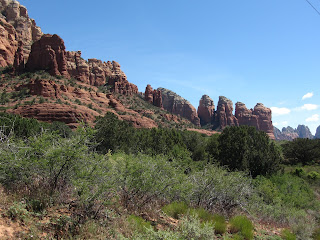 I spent the remainder of my days in Sedona hiking all over the place. Airport Mesa, Cathedral Rock... (Oak Creek was SO purifying and beautiful...) 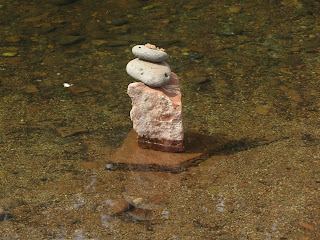 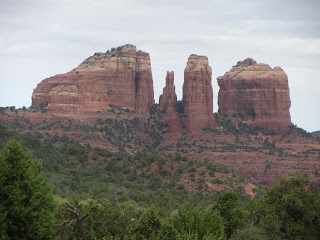 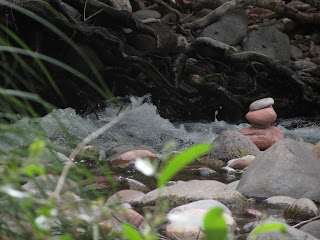 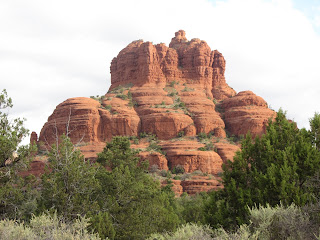 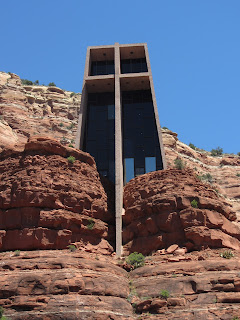 I cried a lot of tears. They were tears of joy, such as those I shed each time a beautiful vista was opened up to me around a corner. There were tears of release, of sadness and anger and frustration. I shed those and washed them away in the cool waters of Oak Creek. For those of you who know me, I bottle up my emotions and rarely cry. I am happy that I was able to release those tears in such a pure place.

My last day, I happened upon a place called The Chai Spot. I wandered in to a lovely-smelling storefront with very few people in the room. All I know of Chai is what I occasionally buy from Starbucks, so I admitted as much to the sweet girl behind the counter. Savannah, her name was, educated me with great enthusiasm on chai and its origins. She suggested a drink for me, dairy free, and chatted happily with me while I enjoyed this beverage. She then handed me a magazine with an article on the owners of the Chai Spot, which told their story of falling in love even through cultural boundaries and family tensions. 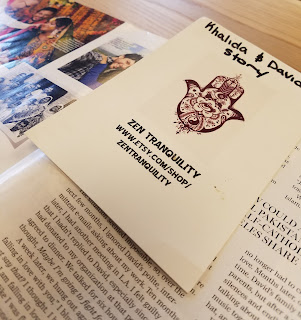 I felt that I received a lot of messages in this journey. I know now that I don't have to be afraid of the future, that whatever happens is for a reason. I can be upset about something or I can search for the truth within the message. It's up to me to decipher what the internal words mean, not just to jump on the emotional bandwagon of what I "should be" feeling about it.

I look forward, very much, to my next trip to Sedona. I truly adored the region and the people, and of course, my Red Rocks.